Are you looking for a budget PC for your streaming setup? You absolutely came to the right place. In this buyer’s guide, we’ll look at the best parts to get in 2022 to build a custom gaming PC. Furthermore, we’ll also recommend some pre-builts if you aren’t into building your own PC.

Make yourself some coffee and let’s get shopping.

As an Amazon Associate, Streamerfacts earns from qualifying purchases.

Intel’s i5 12400F is the ideal processor for any budget streaming setup. It features 6 processor cores, 12 threads and supports speeds up to 4.4GHz making this the ideal CPU for high-end video games.

A cooler is included in the box which will do the job. Later on, if the budget allows, you can always upgrade to an aftermarket cooler.

Since we’ll be running the Intel i5 12400F in this budget streaming pc build, you’ll need a compatible motherboard which supports intel’s B660 chipset.

Asus B660 Plus-D4 is an affordable motherboard that has all the bells and whistles you’ll need for this current built, and future expansion.

You can easily replace this motherboard with another of your liking, just make sure it supports B660 chipset.

Lucky for us, the GPU craze has cooled down and we can finally find affordable GPU’s on the market again.

The RTX 3060 is a phenomenal graphics card that is both cheap and capable of streaming high-end video games.

You’ll need at least 16GB of ram to stream and game at the same time.

Which memory you get doesn’t matter that much but we’ve gone with G-Skill’s RipJaws for this budget build due to their low price point.

SSD’s have come a long way and they have become really cheap in 2022! Intel’s 670P is a perfect example of this.

Power Supply’s aren’t that important as long as they have enough wattage to support your PC’s build.

We’ve selected the EVGA SuperNOVA 750W which is a little overkill for the current setup but will allow for future expansion.

Not looking forward to building a streaming pc yourself? It’s daunting I know, especially if you have never done it before and have no one to run to if things to go south. For those people, we recommend getting a pre-built budget streaming pc instead.

iBuyPower’s budget streaming pc has everything you need to get started with livestreaming on Twitch or YouTube.

The Ryzen 5 5600G is a great CPU that packs the required performance to stream and play video games simultaneously. Additionally, it comes with the RTX 3060 graphics card which we recommend to our budget pc builders as well.

The SSD is a little small at 500GB but should be sufficient for your OBS software and video games. You can always add more storage later on.

You need quite a bit of power to stream and play video games at the same time. For this reason, the lowest budget for a streaming pc we recommend is $1,000 USD. You can either opt for the prebuilt gaming PC we recommended above or you can purchase individual parts (listed above) and build your own streaming pc from scratch!

Now that you’ve got an idea of what to buy for your budget streaming pc, let’s take a look at some of the hottest peripherals, shall we?

After all, you can’t operate your gaming PC without at least a keyboard or mouse!

Here are some of the top peripherals picked by streamers in 2022. 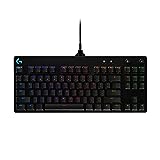 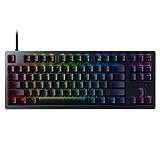 The Logitech G Pro X keyboard is the most commonly used gaming keyboard by FPS streamers as reported in our streaming setups.

If you are looking for a reliable gaming keyboard that is also compact, you cannot go wrong with either the Logitech G Pro X or the Razer Huntsman. For a budget keyboard look no further than the HyperX Alloy Origins. 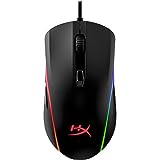 No mouse is as popular with Twitch streamers as the Logitech G Pro X Superlight. Not only is this one of the lightest wireless mice on the market, it also has one of the best sensors. It’s not exactly cheap, but it’s a quality product by a reputable company that is going to last a long time, hence the popularity.

Logitech G Pro X’s biggest competitor is the Razer Viper Ultimate which offers a similar product at a cheaper price point. Finally we’ve added the HyperX Fury to the list for those looking for a reliable gaming mouse that has all the specs you need for a budget price.

Streamerfacts is a participant in the Amazon Services LLC Associates Program, an affiliate advertising program designed to provide a means for sites to earn advertising fees by advertising and linking to Amazon.com.